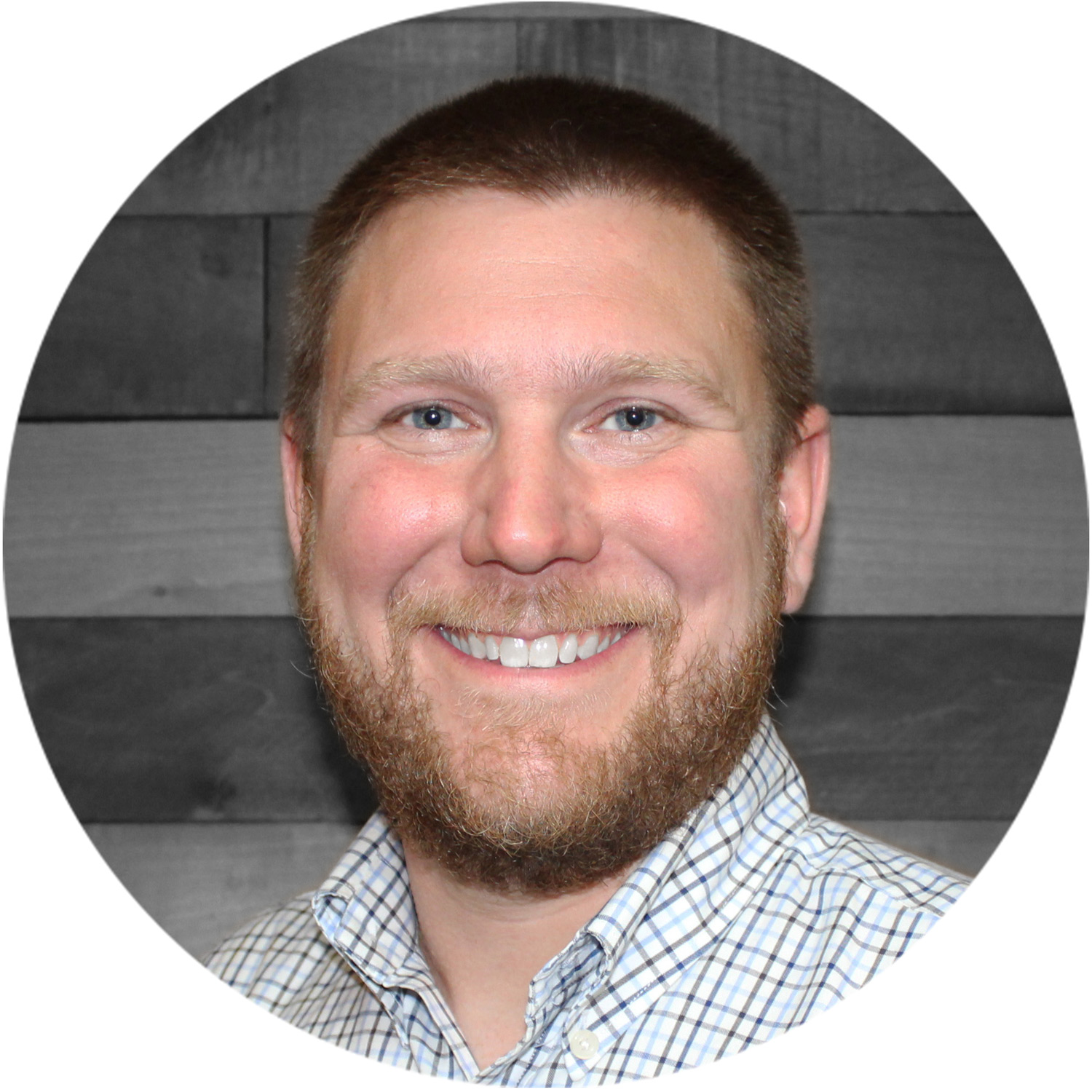 As President of Fleet Repair Solutions, Daniel has three primary responsibilities, to:

Daniel began his career as an Aircraft Structural Maintenance technician with the U.S. Air Force. He received an honorable discharge and commendations after 8 years of service. While in the Air Force, Daniel earned an Associates of Science in Aerospace Sciences and a Bachelor of Science in Biology. After his discharge, he continued his education with a Master of Science program in Biology.

Daniel was hired onto the Fleet Repair Solutions team as a trailer technician. He claims his employment with Fleet was supposed to be temporary, but he saw an exciting opportunity. Daniel assumed full ownership of FRS in 2012. The business has grown every year since.
Integrity, Service, and Excellence are Fleet Repair Solutions’ core values and is the basis for Daniel’s Mission Statement for Fleet Repair.

Outside of the office and shop, Daniel looks forward to spending time with family and enjoys hiking and riding his motorcycle. He is also the Treasurer of the Appalachian Audubon Society. Hailing from Reading, Pennsylvania and now living in Harrisburg, Pennsylvania, Daniel spends much of his time in PA but travels often and can be found throughout the US, especially in Georgia and Texas.

One of Daniel’s greatest accomplishments is building the Fleet Team and continuing to bring exceptional people together with a common goal. He thanks his team for their dedication and loyalty to each other. 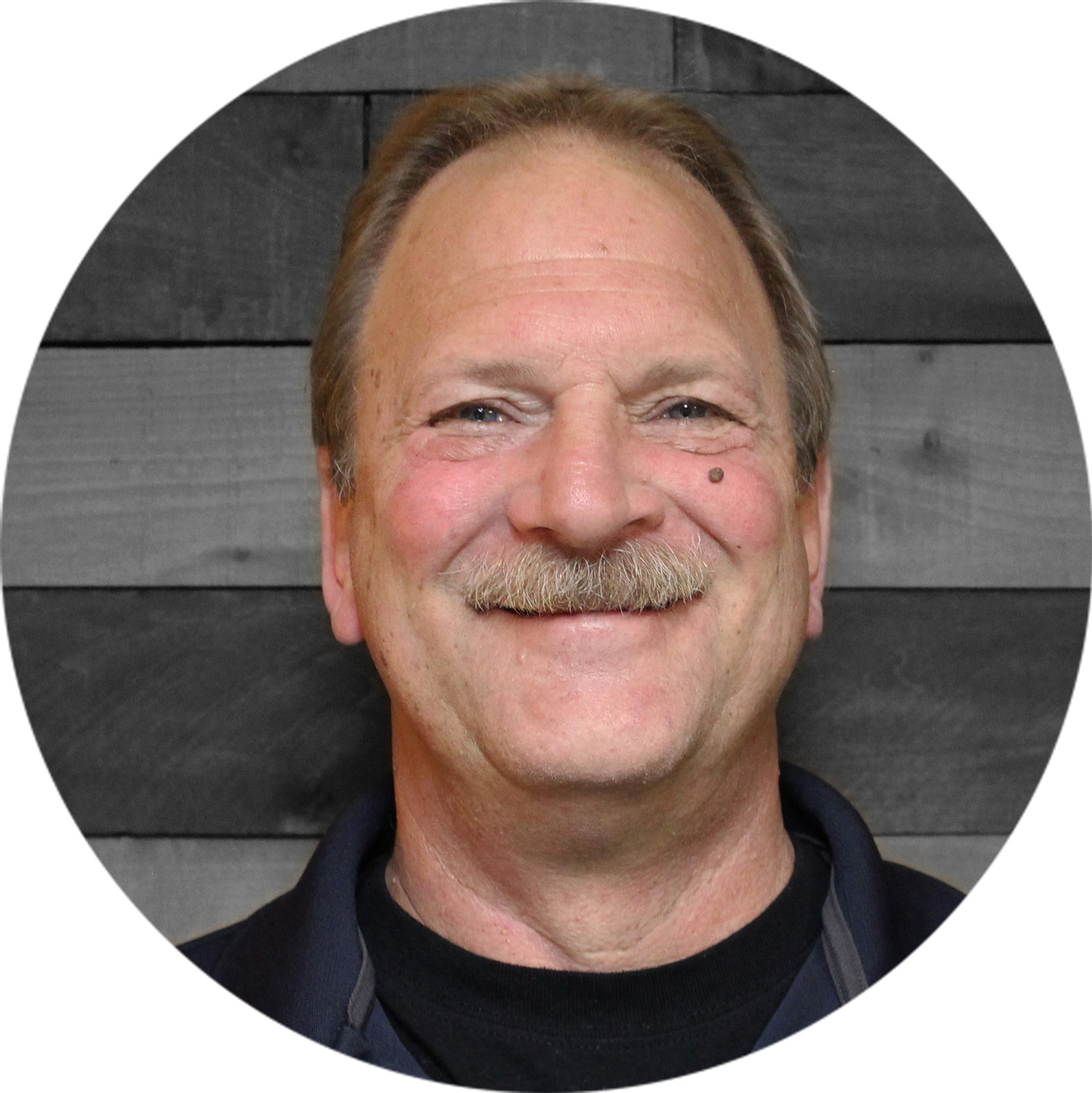 Scott Melot is the Senior Vice President at Fleet Repair Solutions. He keeps our Pennsylvania branches in line by setting business goals and solving any internal issues. He supervises all on site managers and evaluates each department’s performance.

He is proud to be a part of a team that has seen our company grow into what we are today; a multi facility company supporting some of the largest Fleets in the nation. Dedication, integrity, and hard work are what he always strives for and he is always looking forward to the upcoming challenges we face and concur every day. He enjoys seeing frustrating situations turn into huge accomplishments.

Scott is from the Reading, PA area and has been married to his lovely wife, Suzanne, for 25 years. Together they own a small café in Shillington, Pa called Market Café. If they are not there, you can catch them at their home zoo with their two dogs, two cats and two bearded dragons. When Scott can get away, he enjoys motorcycle rides, live sporting events and some good ole’ Southern Rock. Scott has three successful children and two awesome granddaughters! He has recently found that volunteering at food banks and helping less fortunate people fills a void in his life that he did not even know was there. 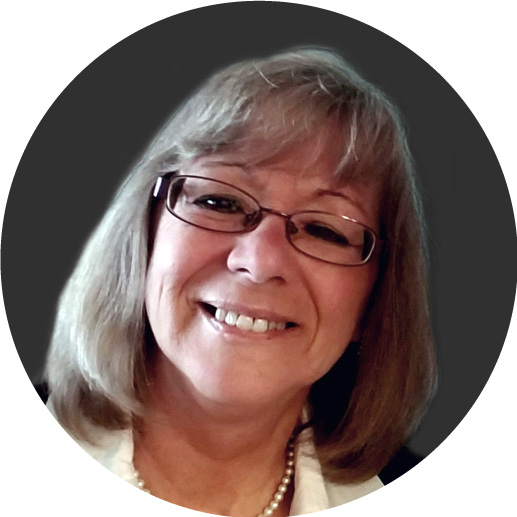 Lorrie has built relationships with Financial Consultants to have additional resources when necessary, to meet company’s needs. She has helped set-up processing procedures within the Admin offices to take control of the checks and balances and timeliness on invoice processing, to generate Revenue much quicker and improve the bottom line. She has built lasting relationship with the customers and vendors. Worked closely with her Team and President on Establishing a first-time budget and setting Goals for each location and department to help increase the bottom line. Lorrie has also helped with establishing new departments within the company and has taken lead on the Drayage Department and have it become a profit contributor.

Lorrie has been a part of the financial industry for over 30 years. Her passion for finance first came into play when she was in High School. She had taken business courses and the one that she really excelled on was Accounting. By her Senior year, she was taking college accounting courses and has been hooked ever since. Lorrie was determined after graduating that this was her career path and pursued every opportunity that came her way to achieve that goal. Lorrie is very dedicated and determined to accomplish every task set in front of her. I would have to say, she is an extremely dedicated person. Lorrie set goals for herself to accomplish each day but when she has a co-worker that needs her assistance, she will put their needs above her own. Lorrie has gained great respect from her team that she manages, because of this. She loves what she does, and loves helping the business succeed and become profitable.

Outside of work Lorrie likes to spend time with her family and travelling. Lorrie had a dream of one day to live in Alaska, the 49th State, and as of today, her dream has come true. Lorrie works remotely while living there. 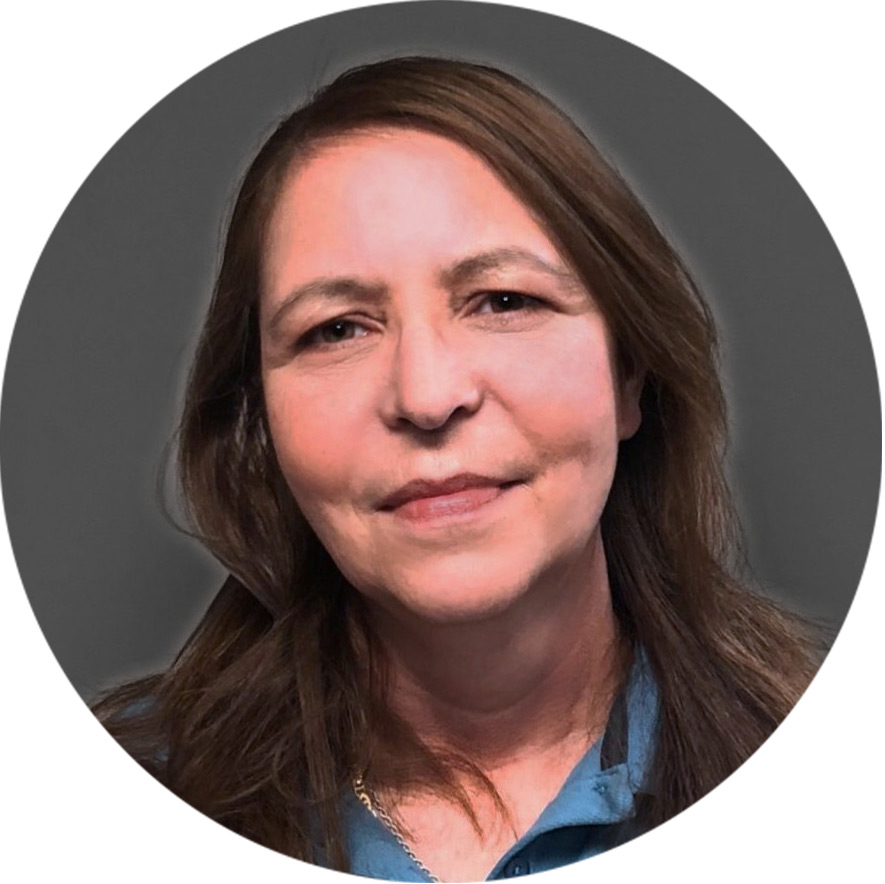 Sarahlyn is our Office Manager at our Atlanta Branch. Her day-to-day priority is providing the best customer service possible in our industry. Sarahlyn is originally from the UK and holds two Associate degrees in Web Development and Computer Applications from Gloucestershire College of Art & Technology and moved to the United States in 2006. In her free time, she enjoys new adventures, being outdoors and traveling around the world. She is currently working towards learning the Korean language hoping she can visit the country within the next few years! 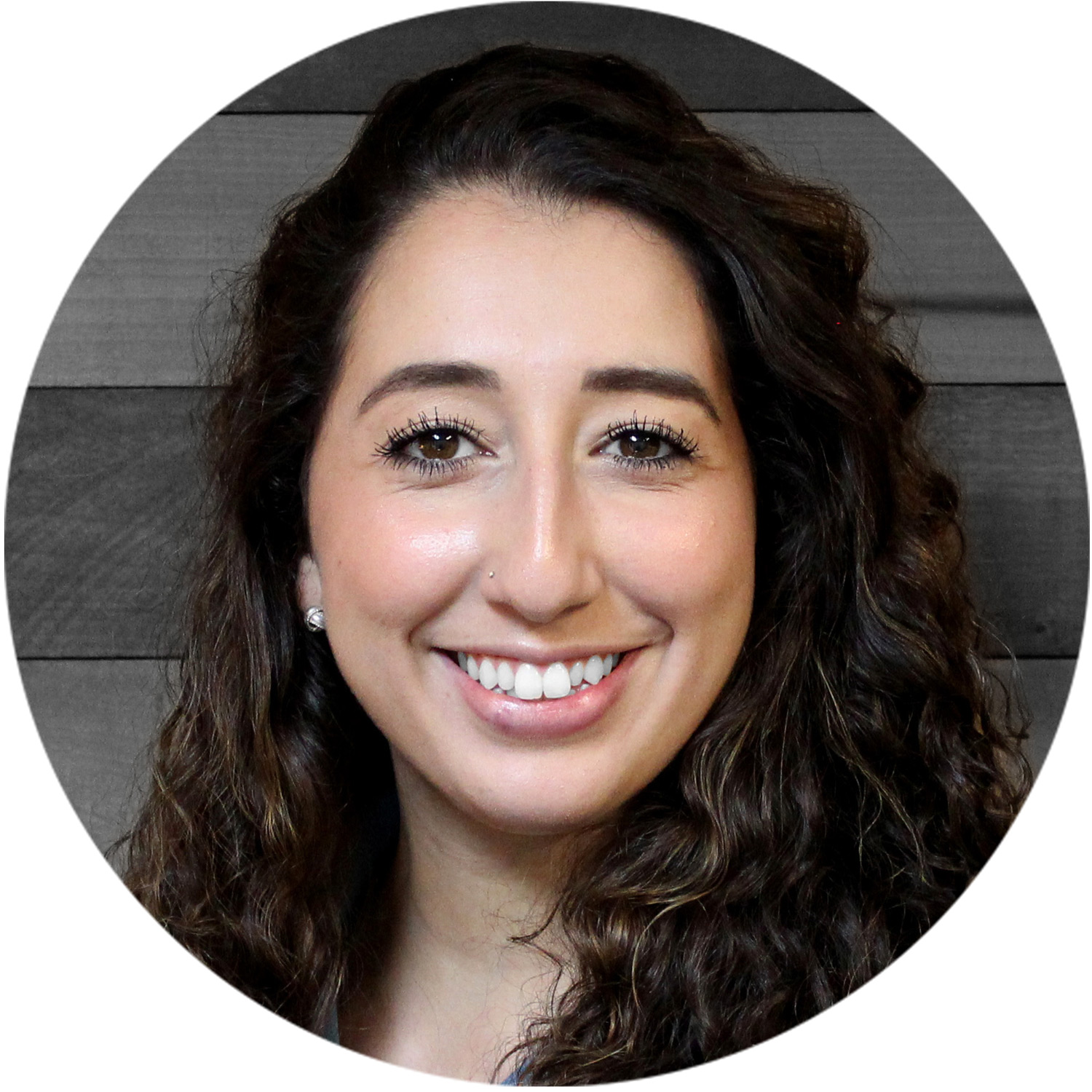 Jasmin is the Director of Human Resources for Fleet Repair Solutions. She handles all aspects of HR and recruiting for all FRS locations and works hard to keep our company and our team compliant with all Federal, State, and DOT regulations.

Jasmin graduated from Millersville University of Pennsylvania in 2017 with a bachelor’s degree in Business Administration focusing on Business Management and Human Resources. She has been working in the transportation industry ever since, with great success and she is currently working towards passing her SHRM certification in the fall to further her education.

In her down time, she enjoys cooking, baking, shopping, traveling, and spending time with her hubby and their fur baby, Barkley! 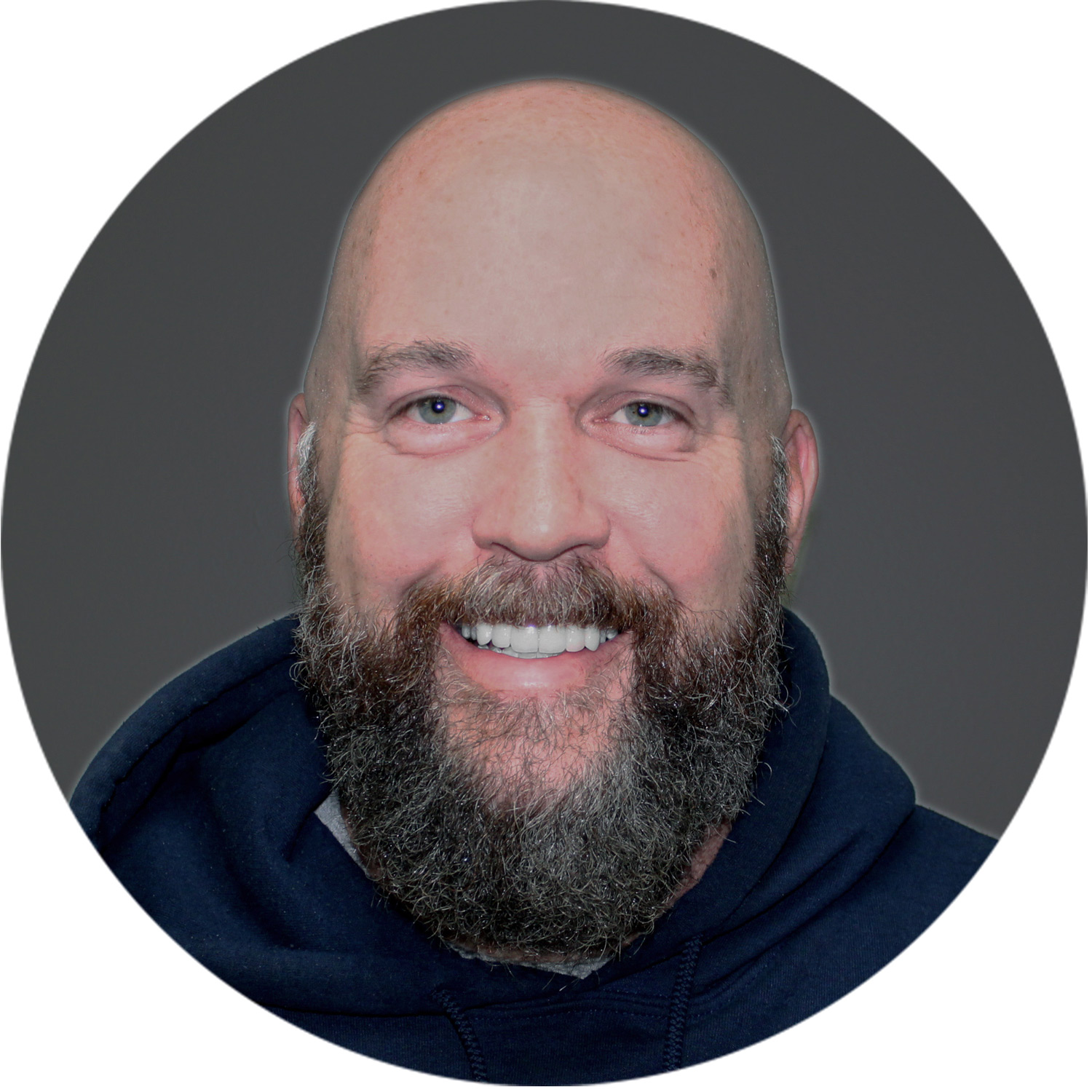 Russ is the Service Writer Supervisor here at Fleet Repair Solutions and he is a crucial part of our Operation. His responsibilities as a Service Writer include inspecting trailers and drafting estimates while providing excellent customer service.

Russ started in our trailer shop working as a mechanic and worked his way up to become the Service Writer Supervisor of FRS. He has been with Fleet Repair Solutions for 6 years and previously worked in construction for 15 years.

Russ is a dedicated Pittsburgh Steelers fan that enjoys listening to music and spending time with family & friends. 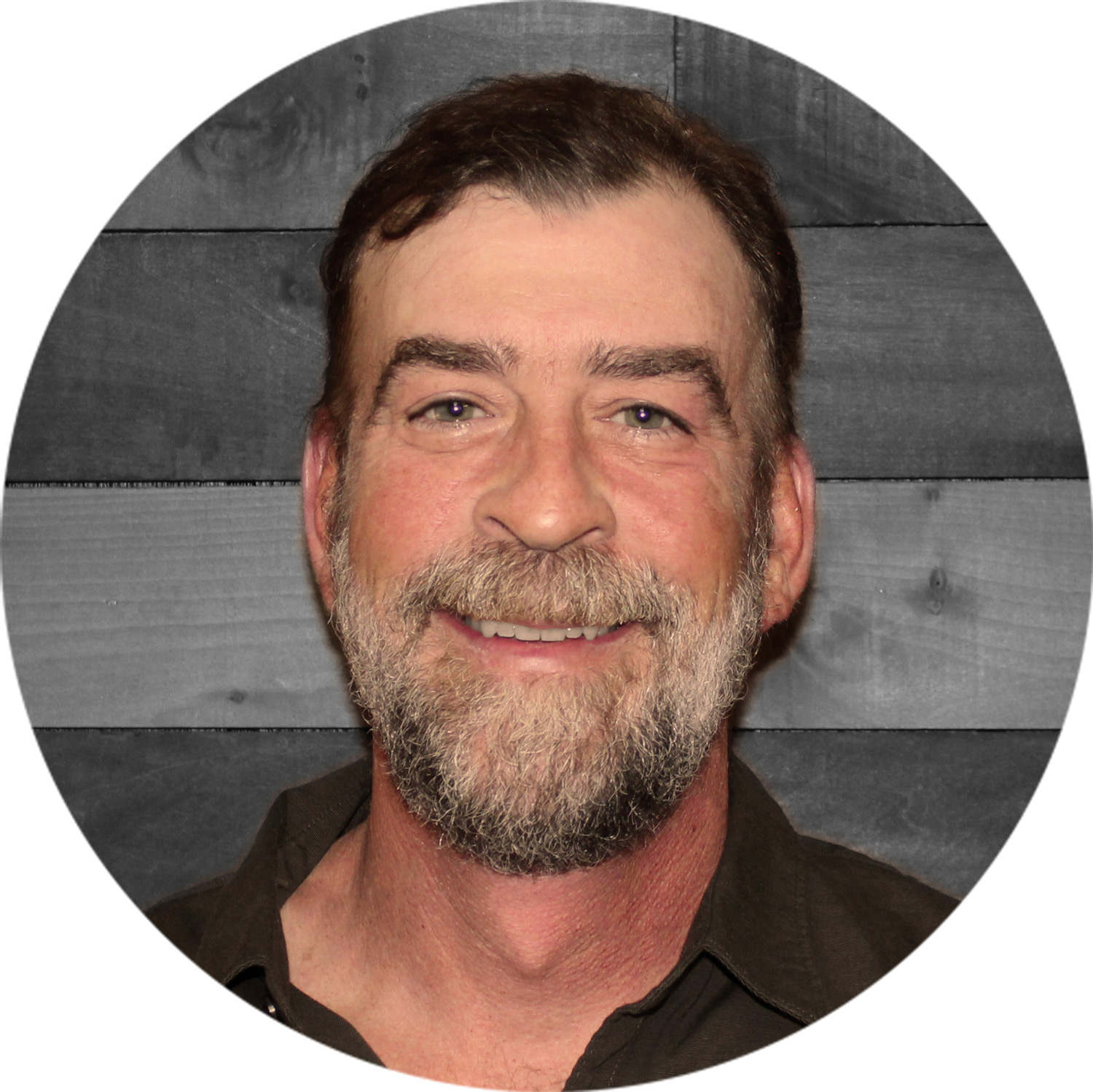 Nick has 25 plus years in the transportation industry. He has been working towards creating solutions for some of the more challenging hurdles the industry throws at us daily. Finding secondary supply lines and manufacturers for hard-to-get products as an economical solution for end users to keep Fleets up and running. Thinking outside the “Box” is the way to solve problems and these solutions drive him to the next challenge. A happy satisfied customer is the driver for Nick daily.

Spending time with his wife and 4 legged kids is his primary focus outside of Fleet. Working with animal rescues is his passion. Classic cars and BBQing go a long way to keep him going. Occasionally you may find him at a local stream trying to scare up a trout or two. 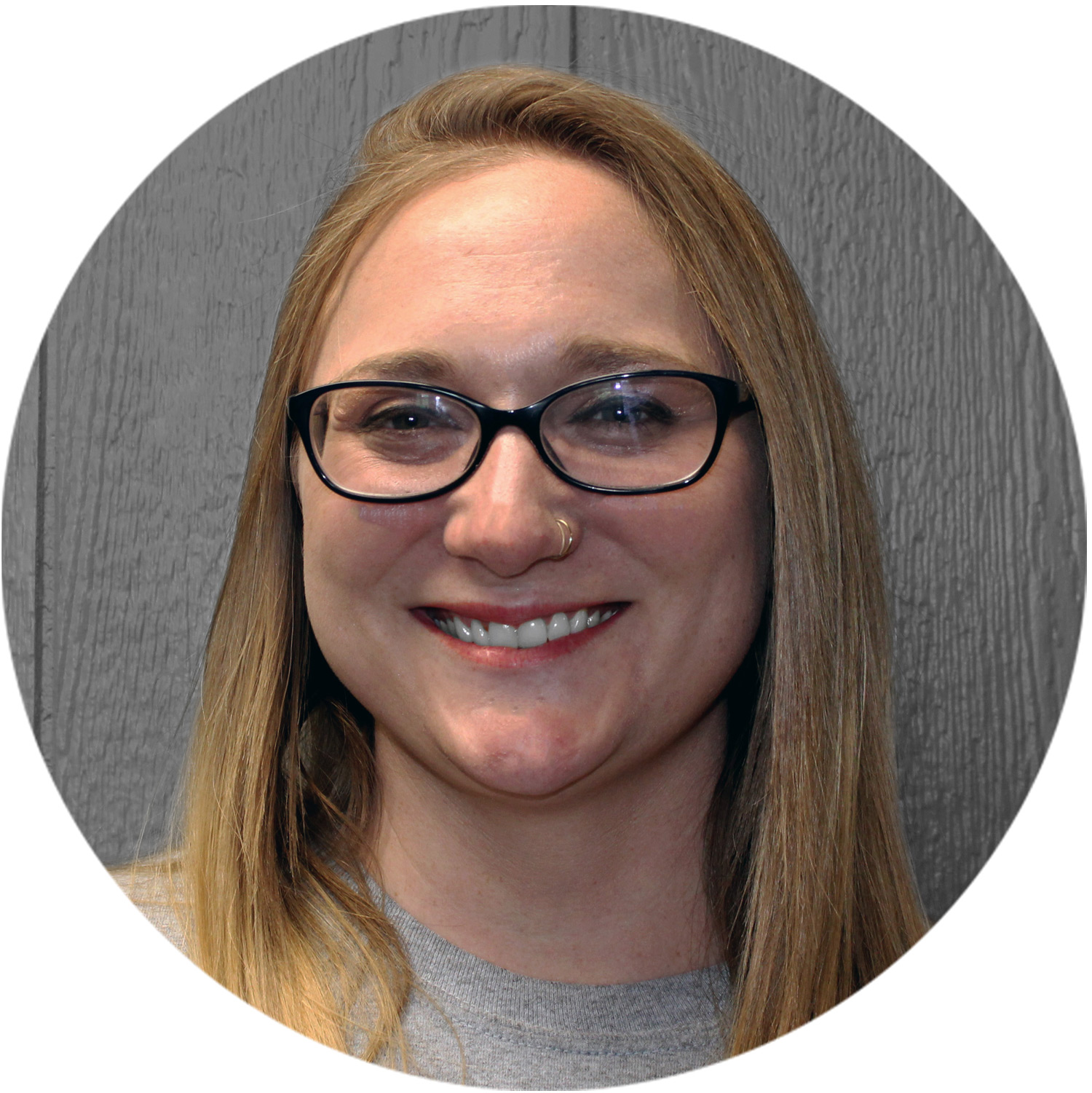 Chrissy is our Director of Purchasing & Assets Management; she has been a valued member of the Fleet Repair Solutions team for five years. Chrissy oversees all purchasing for the Company and ensures proper tracking and maintenance of equipment.

Chrissy is a graduate of the Lancaster County Career & Technology Center’s Practical Nursing Program. After spending 8 years as a pediatric Nurse, she made a drastic change in careers and joined the Fleet Repair team. Chrissy highly values teamwork and camaraderie. Throughout her years with Fleet, she has enjoyed spending her time planning employee and charity events.

Originally from Reading, Pennsylvania, Chrissy now lives in Hummelstown with her two daughters. She enjoys cooking and reading while at home and spends much of her free time fishing during the warmer months of the year. Horror movies, Halloween attractions and 90’s Hip Hop are a few of her favorite things. Chrissy is planning on pursuing a degree in Business Management soon and looks forward to a long and rewarding career with Fleet Repair Solutions. 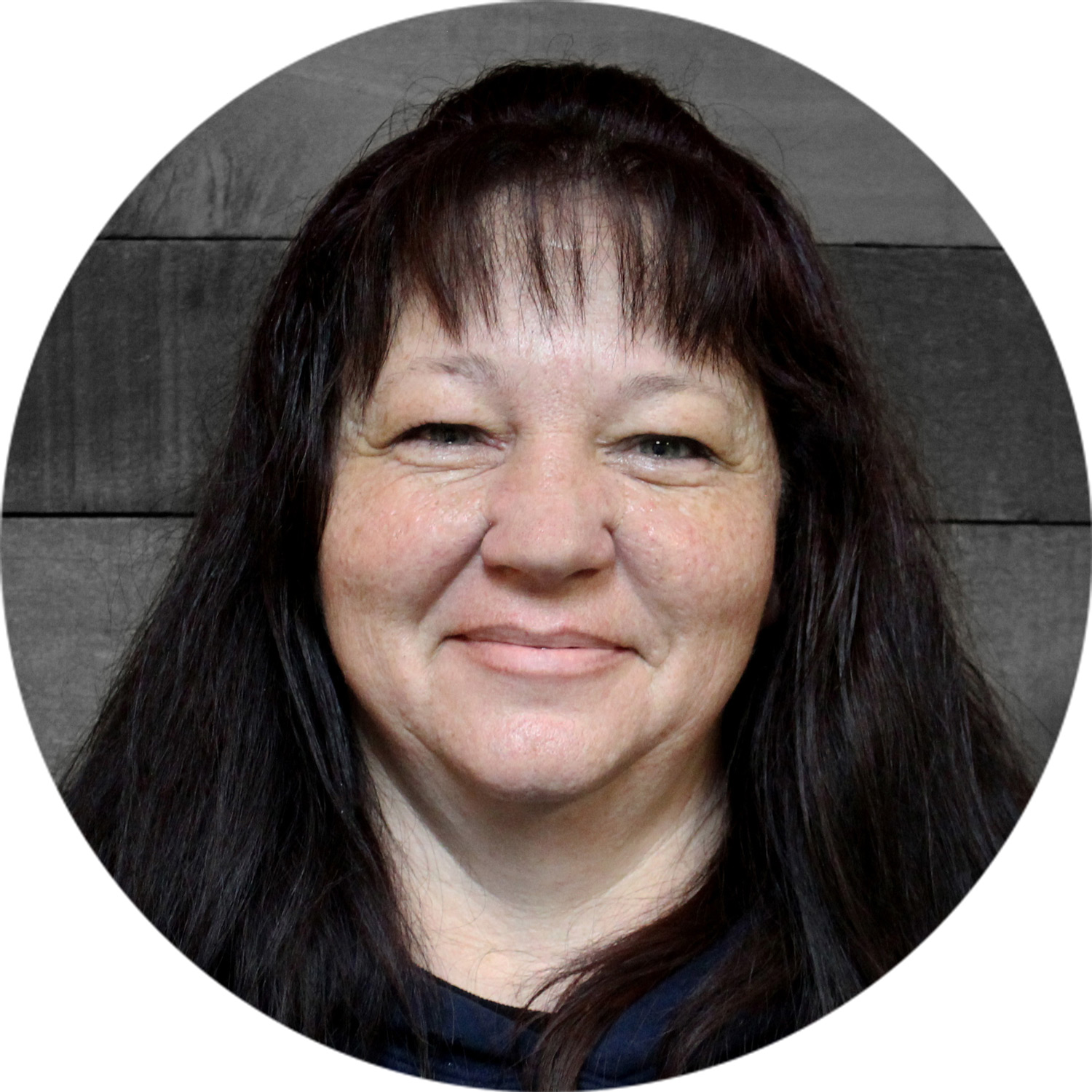 Jessica is our Night & Weekends Dispatcher. Jessica makes sure our customers and drivers are taken care of during the nights and weekends. She is very dedicated to the FRS team and our technicians and it shows daily!

Jessica has always been a customer service professional. She studied dental assisting and she worked in both the office and for an insurance company as a claim’s processor. Before joining the Fleet Repair Solutions team in 2015, Jessica was working as a caregiver.

Jessica met her husband, Rob, in 1999 and married the charming man in 2005. They have three grown sons and two grandchildren. If she has free time, she enjoys reading, cooking/baking and the company of good friends. 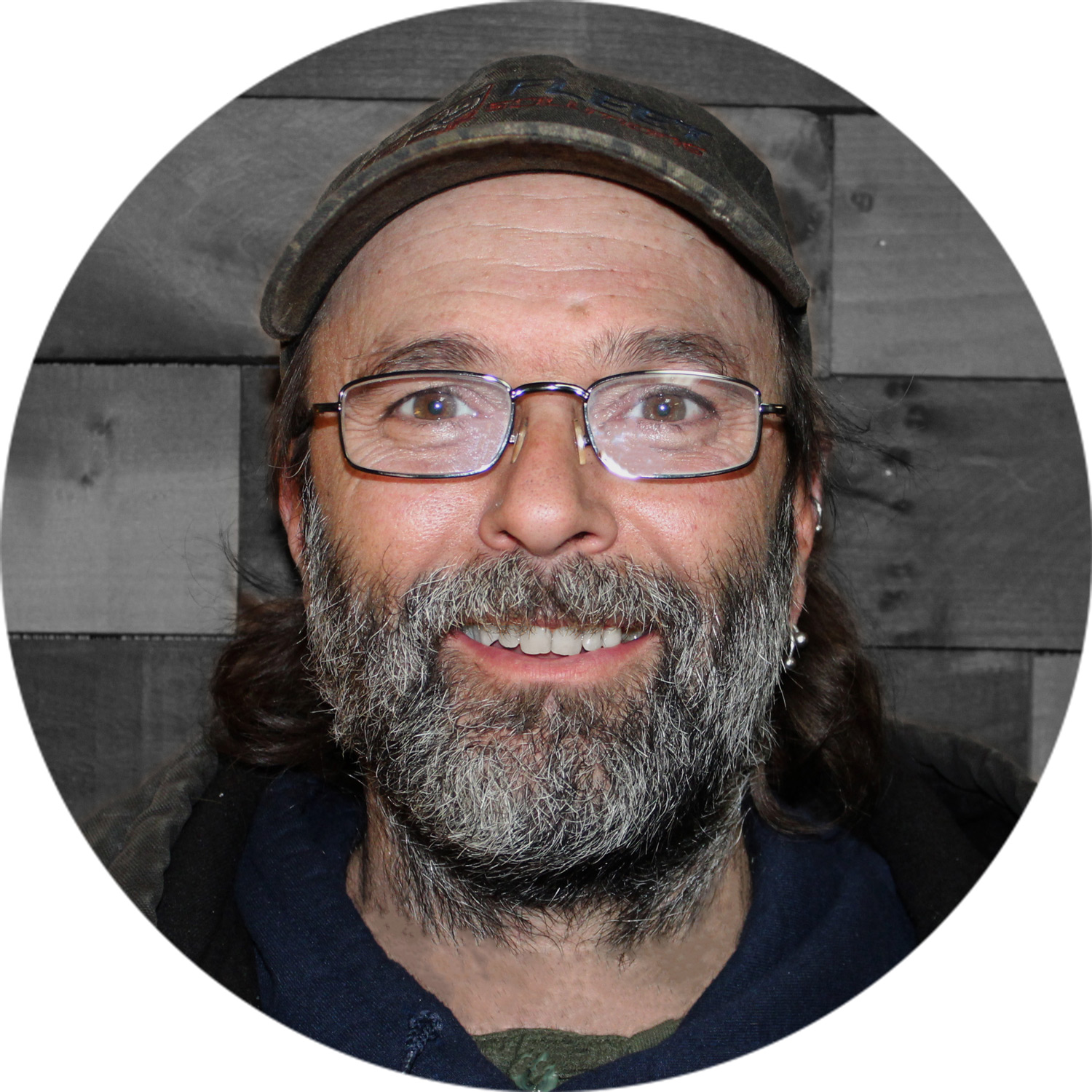 Rob is currently the Nightshift Supervisor for the Grantville location. Rob joined the Fleet Repair Solutions team as a technician in 2013. In 2017 he helped to open the Atlanta location as the Shop Foreman and later transition into the Operations Manager role. Rob is extremely dedicated to his FRS team and the technicians.

Rob was a successful union working before he chose to join the FRS team. He worked as a sprinkler fitter and foreman. He then attended YTI Career Institute for motorcycle training and was the top of his class.

Rob is extremely dedicated to his FRS team and the technicians. Rob met his wife Jessica in 1999 and they got married in 2005. Together they have three grown sons and two grandchildren. Outside of work Rob enjoys archery, hunting, fishing, and riding dirt bikes. 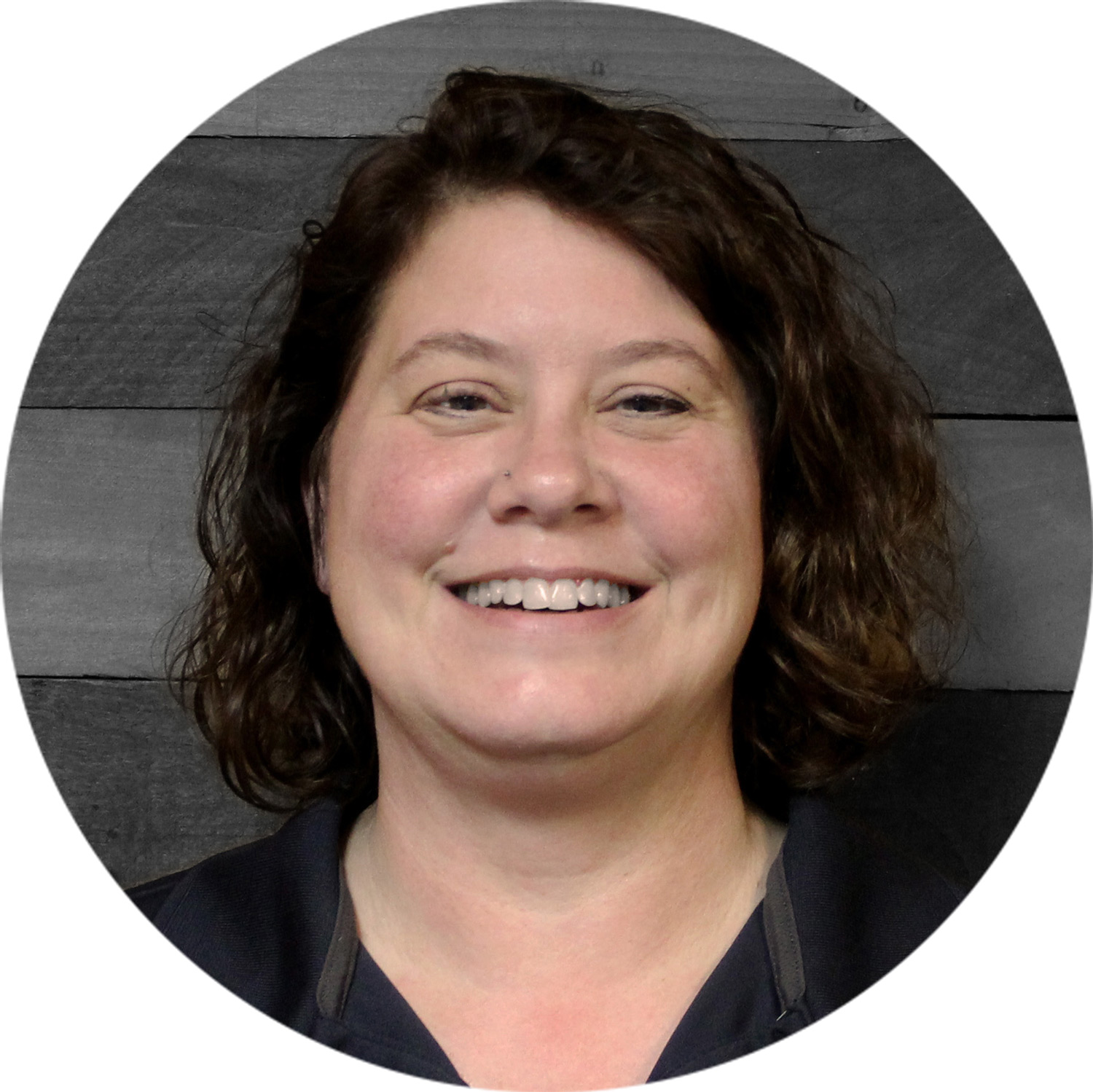 Brenda is the Operations Manager for the Tractor Shop and Dispatch Maintenance team at our Grantville Branch. She oversees the day-to-day operations of the tractor maintenance shop and field maintenance team. Brenda has been with Fleet Repair Solutions since 2017 and began her career here as our Front Office Receptionist. Brenda is a customer service professional that commits herself to the FRS team, technicians, and customers every day! 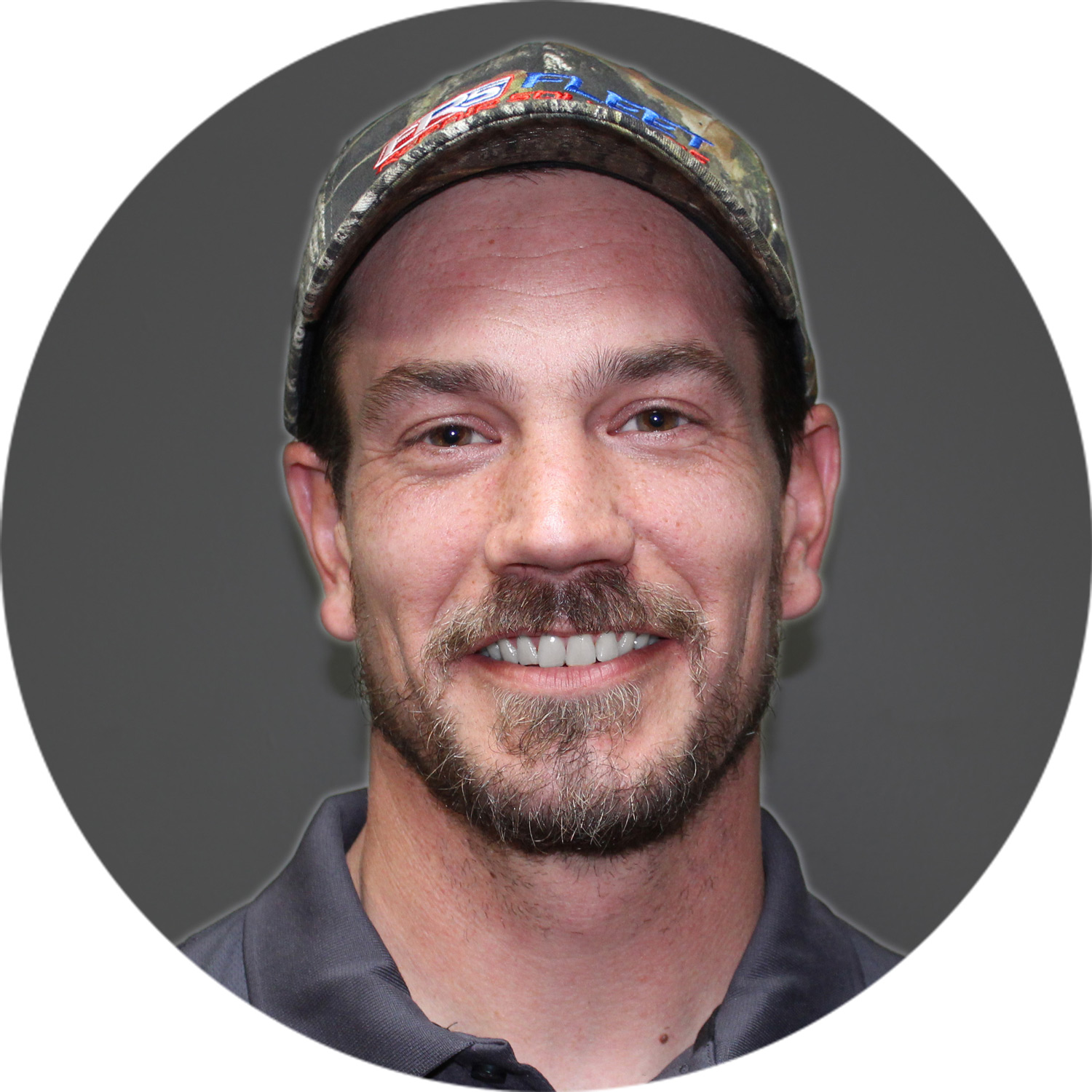 Eric Reynolds is the Lenhartsville Collision Shop manager; he oversees all functions of the collision facility in Lenhartsville. Eric has over 18 years of experience in the collision industry and has been with Fleet Repair Solutions for the past five years. Eric attended Upper Berks Institute of Aeronautics and worked for four years building Experimental Aircraft. Outside of work Eric enjoys being outdoors, hunting, fishing, and hiking. He is also a beekeeper and enjoys brewing beer. 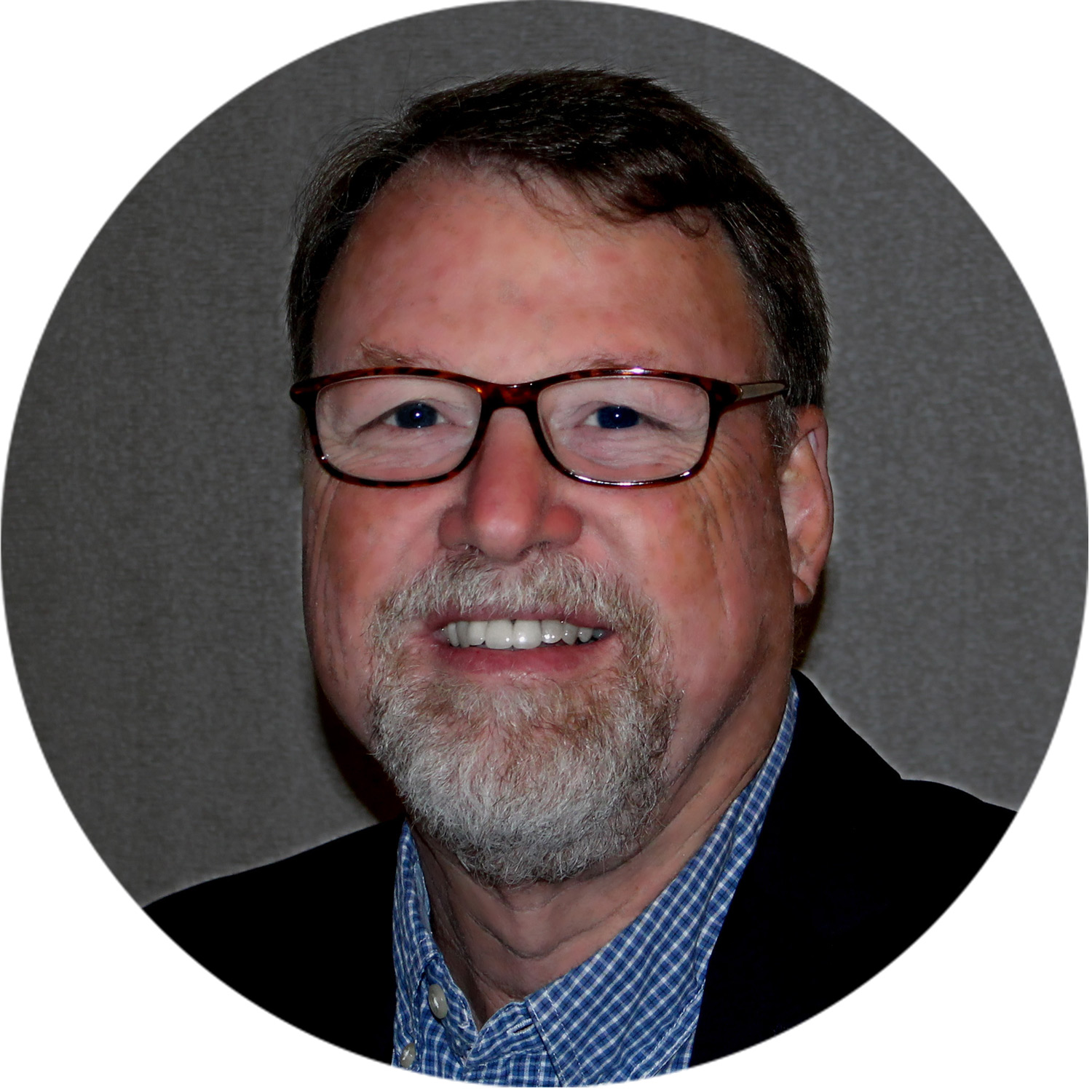 Dylan was born in Central Alabama but hails mostly from Georgia and Florida. He graduated from Auburn University with a BS in Aviation Management and continues to be active alumni. Some of his favorite activities include golf, baseball, football, and just about anything else sports related.

Kyle Matter is our Parts Department Supervisor at our Grantville location. He is responsible for making sure the technicians, on and off site, are equipped with parts and tools necessary to complete repairs. He manages shop inventory and OTC parts sales and delivery. Kyle has an associate degree in Auto Mechanics and was a mechanic for 4 years before he joined the Fleet Repair Solutions Team. Kyle is a married father of two. He enjoys spending time with his children, riding snowmobiles and camping in the great outdoors when he has some free time! 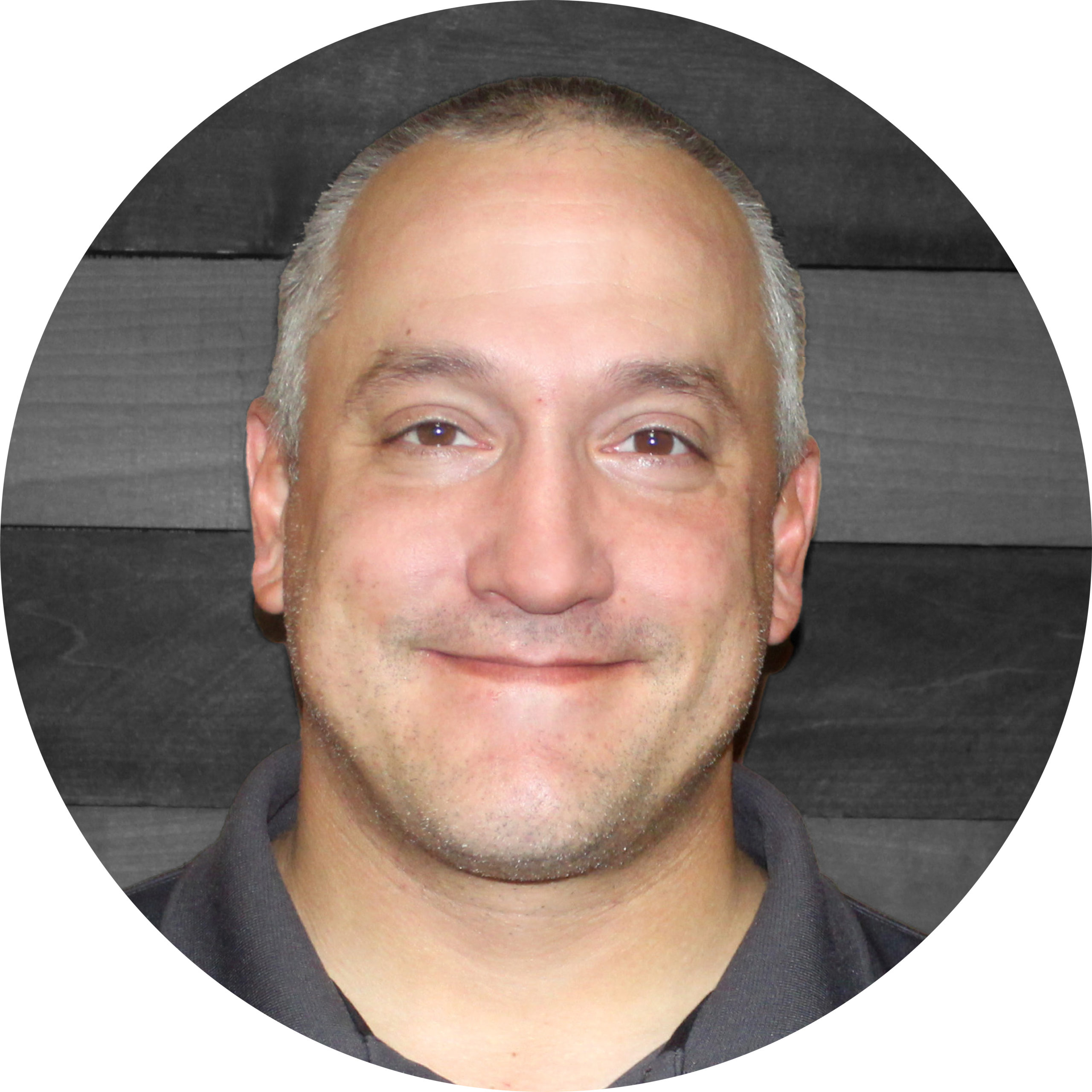 Kris is a Service Writer here at Fleet Repair Solutions for the Grantville location. His responsibilities as a Service Writer include inspecting trailers and drafting estimates while providing excellent customer service.

Kris started as a part of our Mobile-On-Site team and recently made the transition to our Service Writer team. He has been with Fleet Repair solutions for a year and has over seven years of experience working as a trailer technician.

Outside of work Kris enjoys hiking, camping, spending time with his dog, and playing video games.

We Go The Distance

Give us a call. We can save you time, money, and frustration.

Send Us a Message 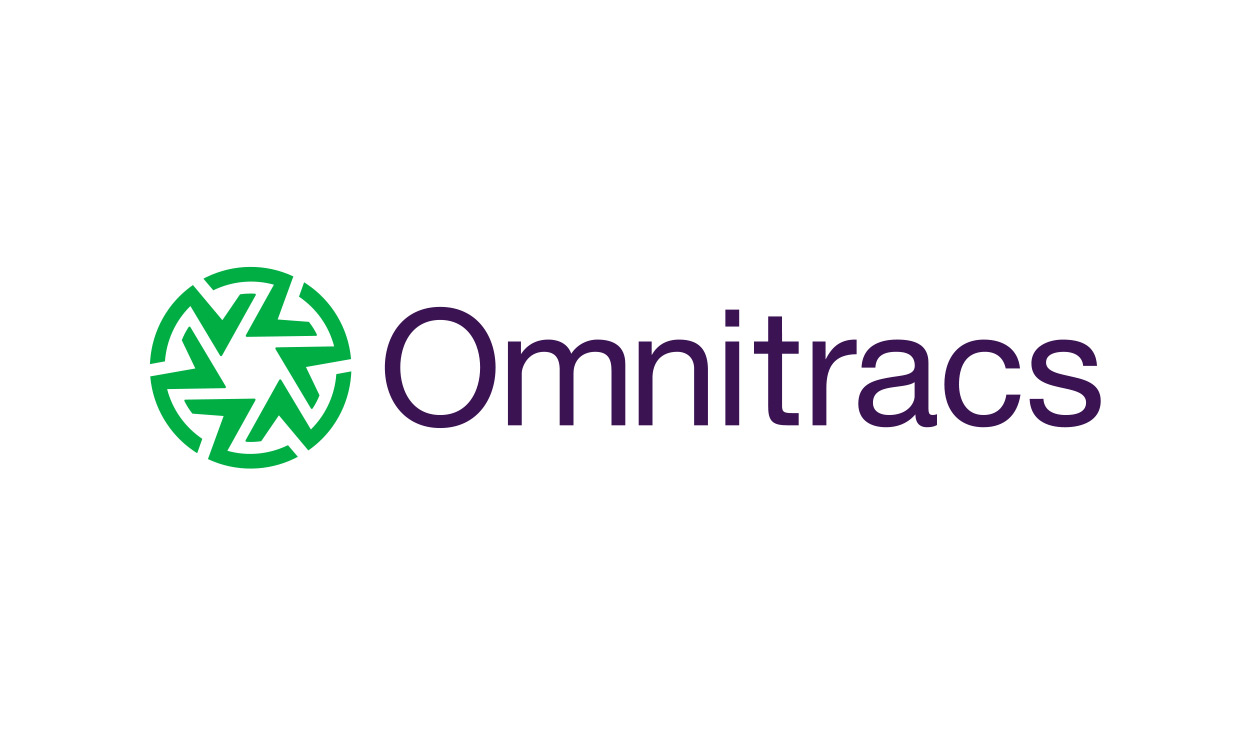